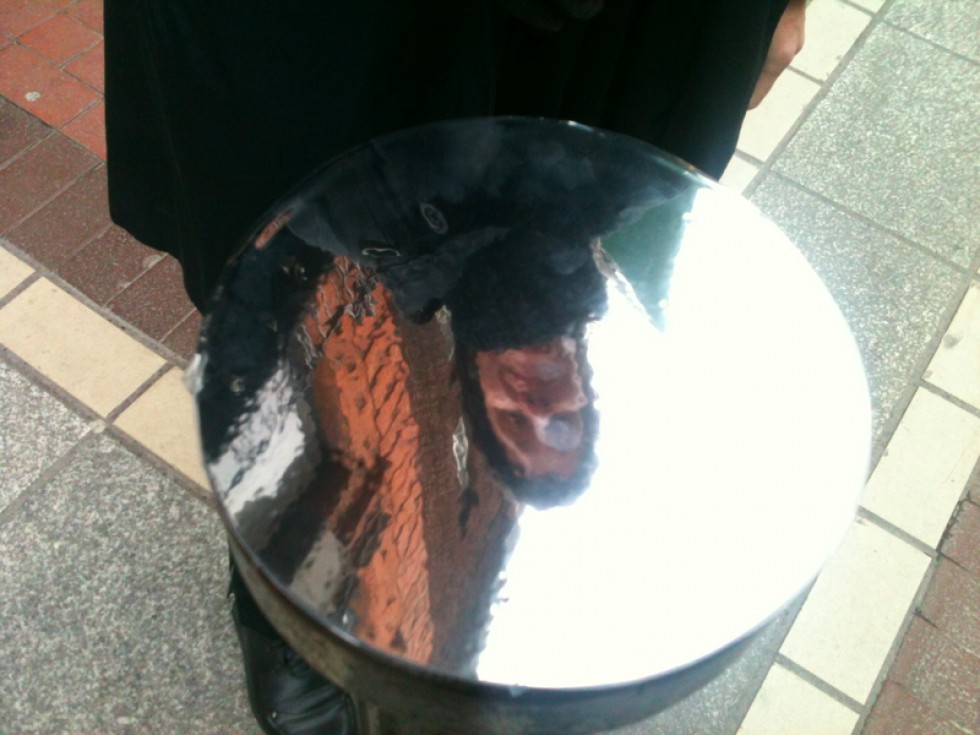 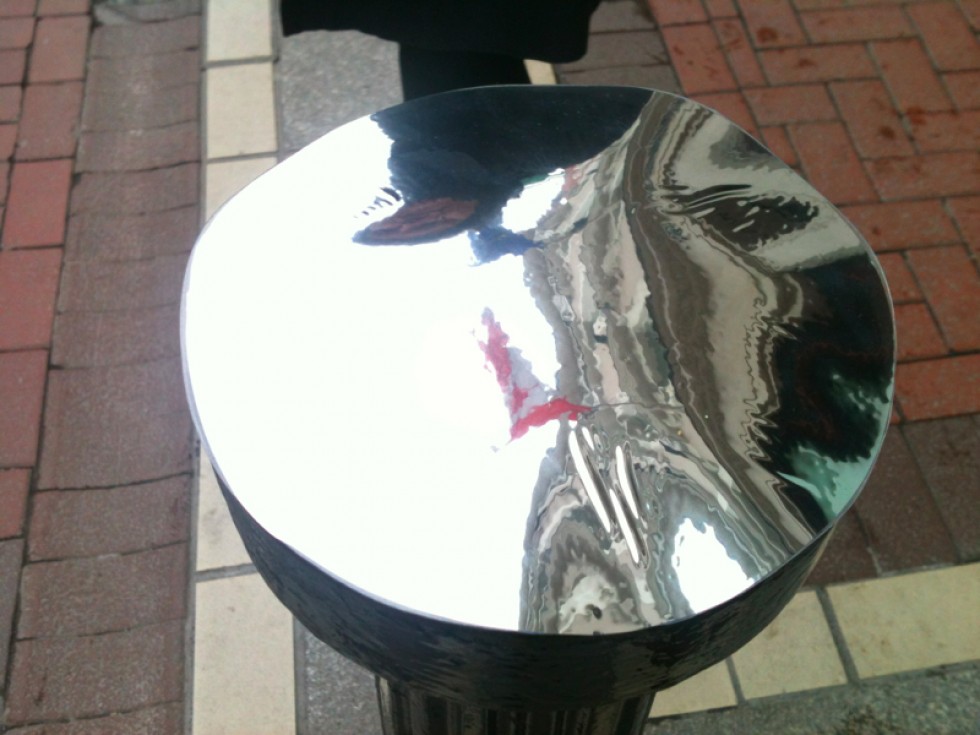 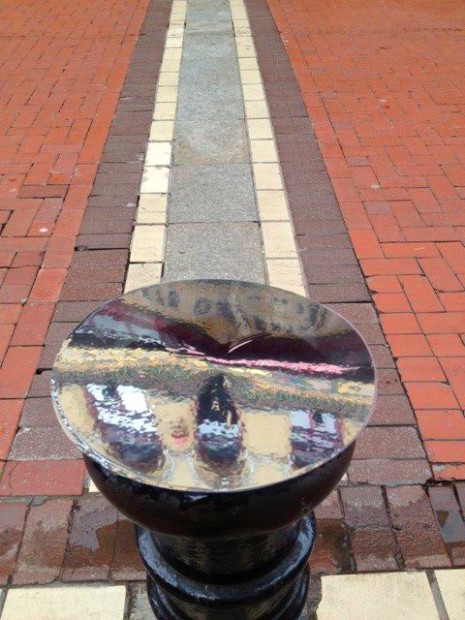 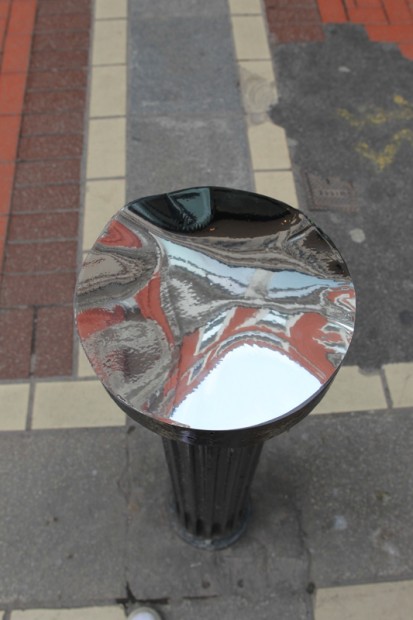 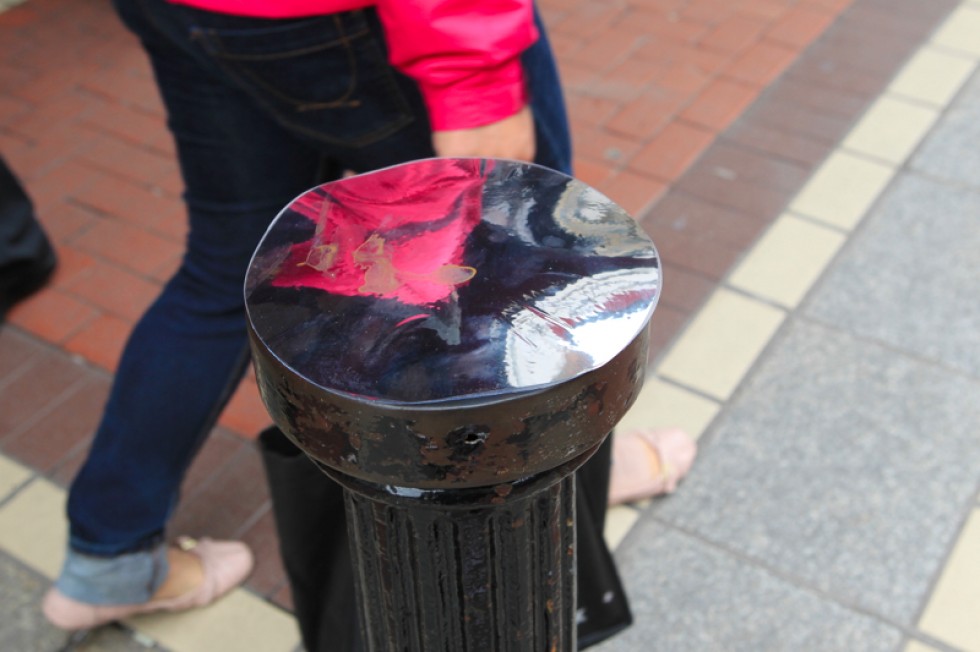 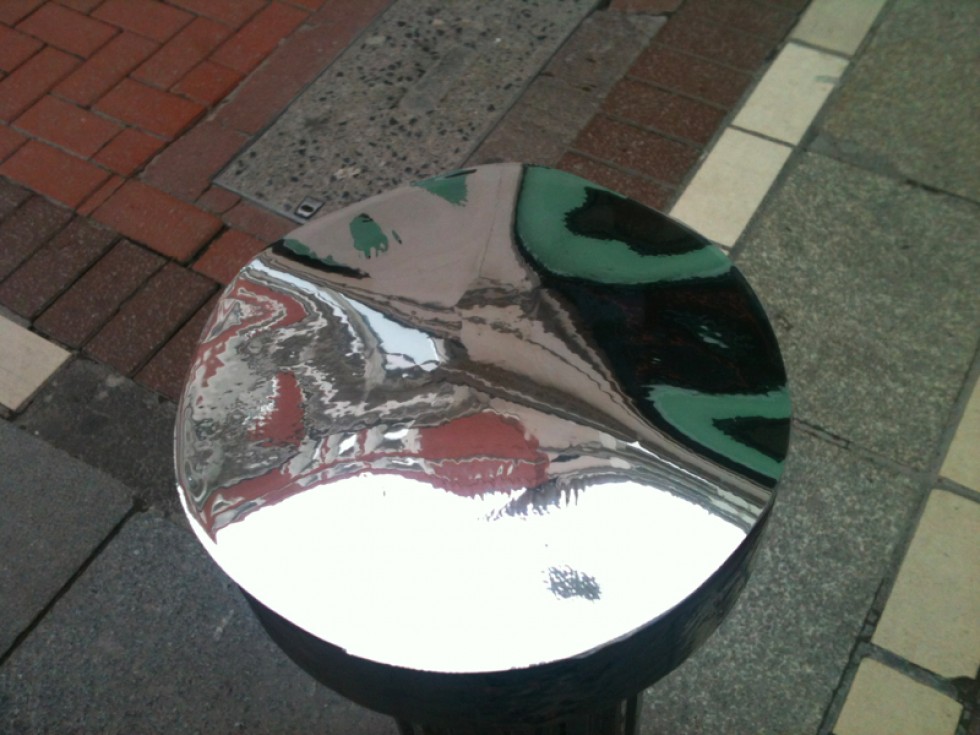 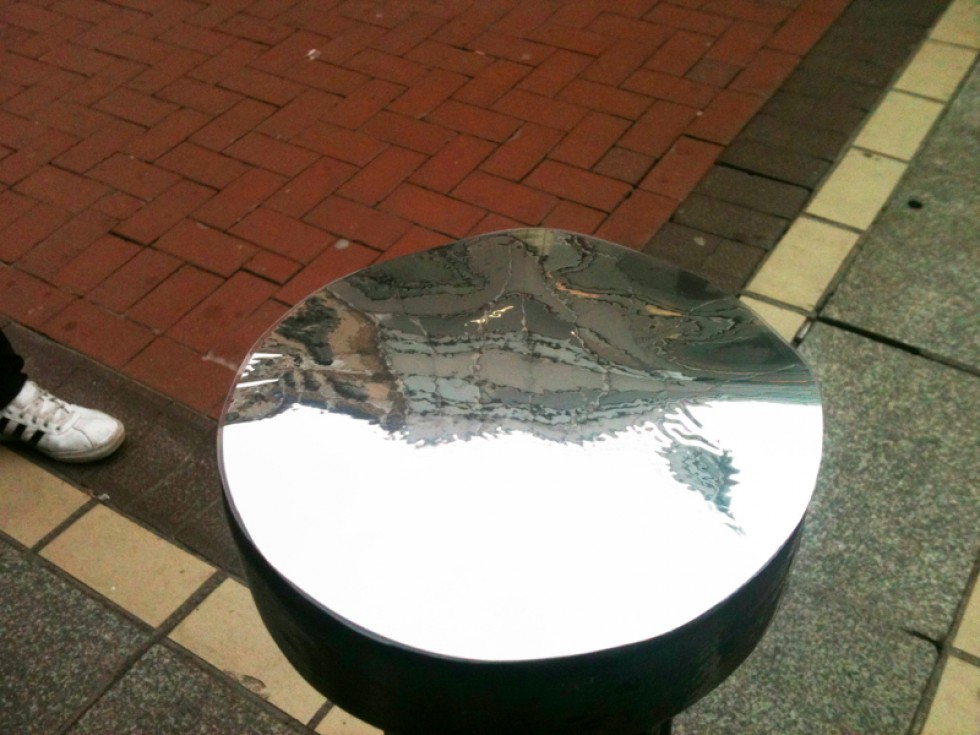 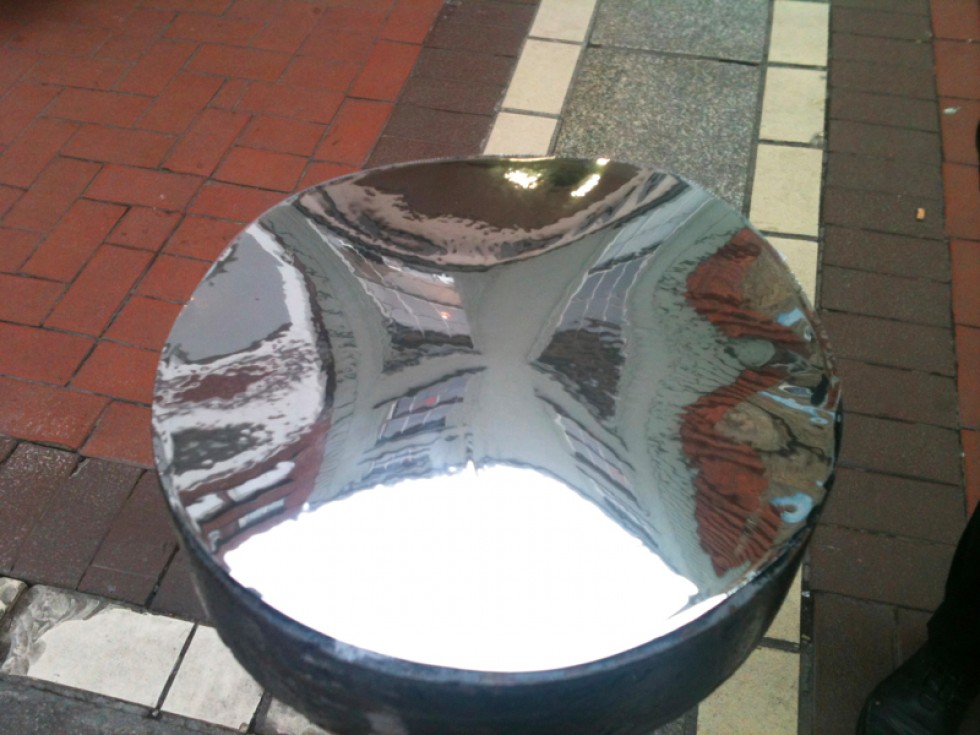 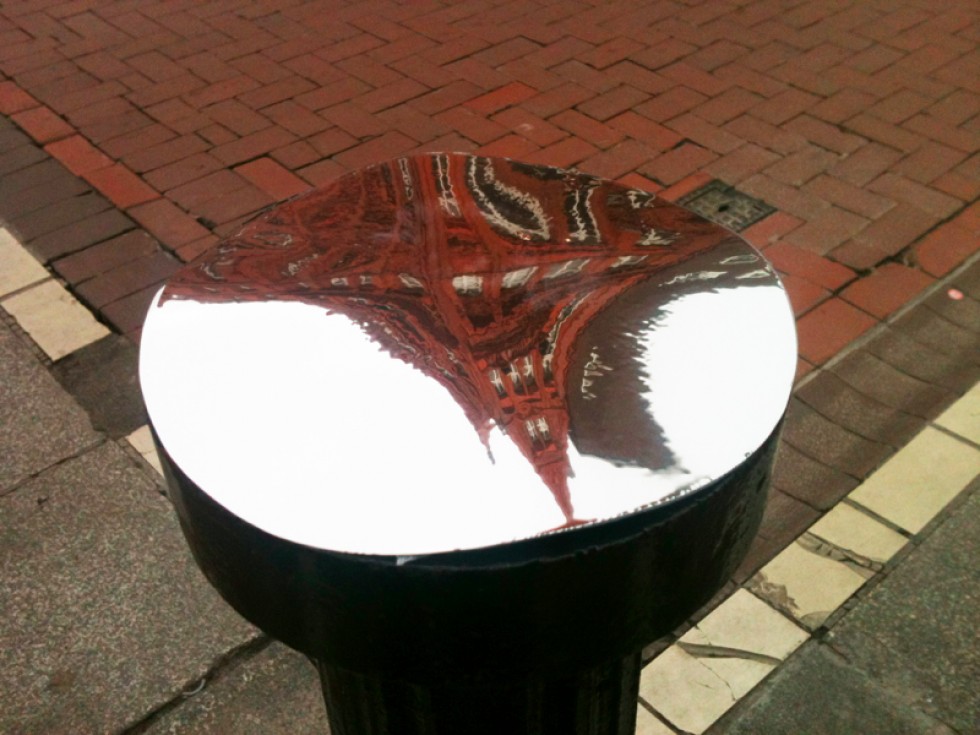 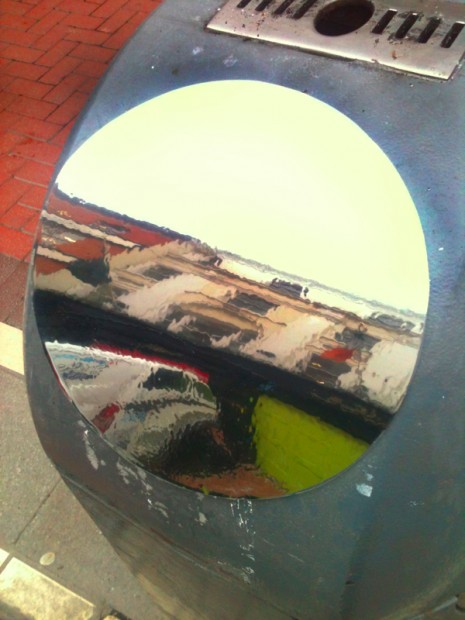 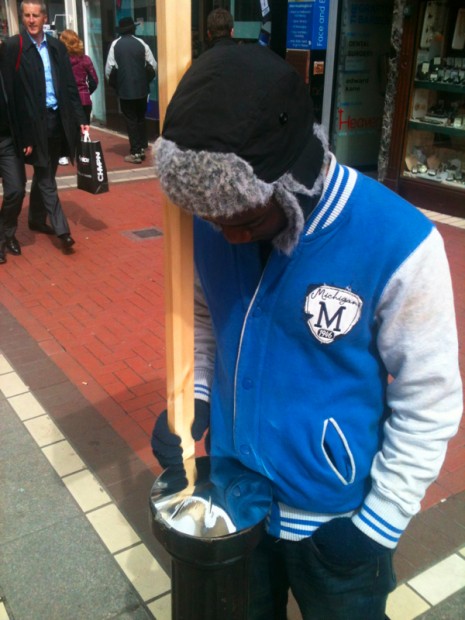 A Boundary emerges as not a plane but a zone, not physical but socio-spatial, not a division of things but a negotiation of flows .Grafton Streetis is primarily a pedestrian highway, experienced as a series of shopfronts at ground floor level, and continuous movement, punctuated by the occasional pause for observation of street performer or shop window.

We believe these Pauses can be articulated in a way that allows the viewer to engage in a more meaningful way with their surroundings. The bins and bollards often act only as an obstruction to movement. By adding reflective surfaces to the tops and sides of these objects we hope to harness the common perception of them as obstacles that need to be negotiated and turn them into triggers drawing attention to what is above the datum set by shops: to break the vertical threshold to upper storeys of buildings and indeed to the sky above.

We provided points along the street where the vertical threshold established by the strong presence of shops at ground floor level is broken, and where pedestrians become more aware of their surroundings.

The aim was to intoduce “triggers” along the street, to encourage people to reassess their surroundings. By introducing glimpses of the sky and upper levels of buildings in unexpected locations, and on objects that are often perceived as a hindrance to movement, so the bollards and bins, we triggered in people a greater awareness of, and reflection on, their surroundings. Essentially breaking the vertical threshold. By making use of the long shape of the street and number of mirrors the experience could be repeated: ideally giving more occasion to the passerby to “look up”.

The intervention was a success; we had hundreds of street users experience the temporary mirrors and good press and internet coverage of the event which brought the experience further and to people who could not experience it first hand. Numerous consumers, tourists and commuters could be seen raising their gaze up to the upper levels of the street, for many the first real time of real consideration to the design and experience of Grafton Street.